Introduction: Remarkably, even in today's society, still men are raised to have deep-seated confidence and belief in their own abilities, whereas women (more and more the more they get older) are disadvantageously made by instilled second nature to — thanks no less to the unfortunate sexist social stigma exclusively at blame here, notably — to ever self-doubt. They are constantly told they can't do thing after thing ultimately just because they were born female (although this is most usually conveyed but subtly, as well as repeatedly, into girls' subconsciousness), and subsequently end up becoming conditioned to stand down and just accept such parameters as simple fact. Women as a whole are far, far more inclined to be immensely apologetic about their thoughts and feelings, whether wrong or right immediately inclined to submit to the correction of male counterparts, and as a collective have substantially less self-esteem built into them. Essentially, once grand-totaled, this very much alive sexist stigma, which includes many more sexisms that too add significantly to society's impediment on women, is overall the result of a rather particular and quite "hush-hush", basically ignored social formula that universally sets women up to be the victims of society's unobstructed undermine. 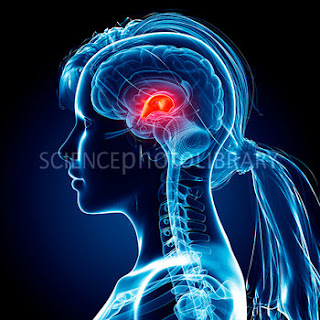 One great practical, real-life demonstration of such undermine in action is that when men take IQ tests they always score significantly lower than what they expected, whereas women in reverse score significantly higher than their typical (sad as it may) dismally low expectations. In truth, we live in a society where it is basically commonplace, unjustifiably as it would so seem, that a man says the word 'the', and automatically everyone thinks he's a genius. (It is unbelievable but I'm almost not even exaggerating in making note of this, which alone really does emphasize the severeness of the matter.) On the other hand, a woman who is authentically very intelligent will so often still concentrate heavily on much more trivial weaknesses, and no matter what will find reasons to think her husband, brother, father, male coworker (etc.) is somehow smarter than she is. Parallel studies have sadly re-proved this finding again and again (Traywick, 2012).
Consecutively, men are quite privy in general to be taken aback or uncomfortable when faced by a woman who instead declines to be all these enfeebling characteristics: best described as the assertive, ideal modern woman, men are intimidated because she does not "need" them to complete and validate her, and moreover has no problem standing beside them in much contrast to most as a refreshed, challenging equal. Nonetheless, such facts notwithstanding, repeated studies have also shown that women revoltingly will play dumb when they first meet men in order to placate their wish of feeling superior and smart— THIS INFURIATES ME. Degrading oneself, intentionally cutting down one's own personhood, on sheer behalf of assuring a male counterpart maintains his desired ego (precedented or not), that rather than unapologetically displaying her own personal, GENUINE talents or giftedness, is one of the saddest, most detestable things I ever (and with nothing short intense frustration no doubt) have come across in my years of dedicated gender studies. Henceforth, the following assertions are sound, repeatedly-proven facts pertaining critically to the condition and state of modern society, whether harmonic or not to the ears. And with such said, hereby I now present a college paper I wrote on the subject for my Developmental Psychology class:
"Female Intelligence: Undermined in an Ever-Sexist America"
By Jordan Adorno 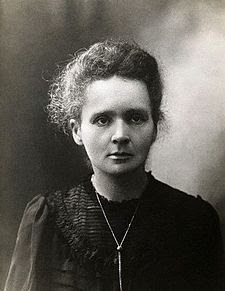 Although it’s become the misfortunate typical belief depraving our society, the assumption America's overall progressed and succeeded past sexism is dangerously inaccurate. Women still suffer disadvantages of sexism underneath patriarchal order, the face withdrawing them from enabling social equality next to men. As starting proof, is it not commonly conceived that laws eradicated widespread recurrences of career discrimination long ago? It sure is, but truthfully that precise standby notion is the quintessential sexism which, in its dismal societal misconstruction, has unintentionally left the American people to the futile misunderstanding of their own society! Barring women today are the same degrading, sexist paradigms that society's proliferated all-throughout the scope of history, amazingly. Such anti-woman lies explain why most people are SO shocked upon finding out that female workers earn on a national average, seventy-seven cents to every dollar earned by male workers (Alexander, 2010).
Crucially, a common trend of rampant misunderstanding about today’s women doctors, lawyers, police officers and the like exemplifies nowadays: importantly, these women who have risen to eminence are quite often considered proof that females have equal opportunities in the workforce, and that it’s just a matter of women choosing continuous integration or not. In reality, such careers are parts to the constricted bubble of socially acceptable careers for America’s modern women. Urgently, however, the big picture of gender inequality is perpetuated by a widespread, sexist pretext that restricts women as a collective (sometimes consciously, sometimes subconsciously): the counterfeit societal belief that women are inferiorly intelligent, or if softer said, just "less inclined" to certain intellectual areas (i.e. just 'less so' in math and science - a more popular of lies), and thus are unmeant for a vast spread of male-dominated careers. From a modern superficial lens, it's quite easy to be misguided into believing that boys and girls are offered all the same opportunities, and that by girls' choice alone many eminent fields severely lack women’s input. What's so inaccurate about that preclusion is it fails to consider how boys in our patriarchal society grow up with more favor and encouragement overall by far, which boosts their self-confidences and broadens their potentials early-on. Consistently, for a matter of sheer fact, illuminating; studies decade-after-decade prove parents think their sons are automatically more intelligent than their daughters (Blakemore, Berenbaum, & Liben, 2009). 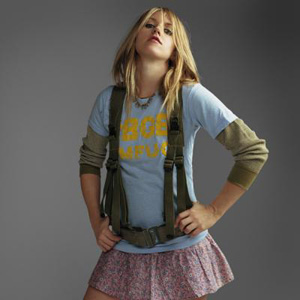 Society instills into boys from a very early age, the "freedom-to-be" if you will, a limitless slate of open potential, but oppositely stigmatizes into girls a limited scope of confidence, rather, in their potential. To specify, young males are blessed with mostly high approval in pursuing any prestigious work, whereas young females often suffer societal disbelief in their competency. How can equality be named when our boys are not nearly as misled to self-doubt? How when, in stark contrast, girls suffer a stigma that, so ravishingly perpetuated in society, condescendingly questions female intelligence?! Therefore, although women might in (approximately) a decade outnumber or at the very least long have equaled men in a field like law (which has become very much appropriated to women in recent times), men - across every eminent field, from math to language, science, business and so on pretty unanimously - remain if not predominant, a still substantial number of the overall makeup. And what's so abominable about this sexism is that disbelief in women's intellectual potential is inaccurate, unfounded, and irrelevant according to all credible institutions of science. In fact, many modern-day researchers are now oppositely concerned with the findings of up-to-date, empirical data regarding boys and their academic performances: transparently, recent years reveal that girls outperformed boys throughout school, were likelier to attend and finish college, and were far less likely to drop out of high school than boys (Sommers, 2010).


Another prevailing sexist paradigm that society still purports is one which has never been NEARLY as likely to riot controversy as it should: the claim that a biological wire predetermines males to just 'be' better in Math than females is a widely accepted, absolute fallacy!!!!! Contrary to popular belief, this is still not proved by any brain scientist, and has even been proven insignificant by several credible studies recently conducted across schools nationwide! The largest of such recent studies empirically analyzed tests scores of over 7 million students and concluded boys are NOT outperforming girls in Math class nationwide (Hansen, 2008). Surprisingly, even in 1988 psychologists concluded there was only a trivial gap between boys’ and girls’ math abilities, but they admittedly also found that high school boys were more adept to tackling complex math problems. In contrast, however, elite psychologists in recent years have re-consolidated their conclusions based on updated educational data: it all safely proves that these exacerbated, so-called “superiorities” are losing their already feeble trend according to current generational analysis of females' math performances (Malakoff, 2008). So sad to consider that this myth has been a rampantly damaging prejudice against women despite twenty-two years of opposite findings (at least, anyway)! 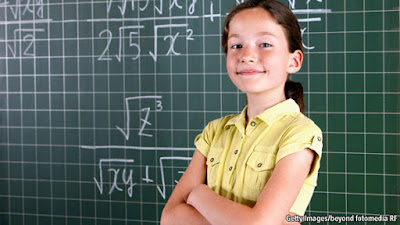 How then, it MUST be stipulated and demanded, can society claim equality when men are left to pursue their all-choosing potentials, told they're capable of anything, while women are deemed socially acceptable for only a certain fixed area of prestigious careers at a SLOW-TO-PROGRESS pace?! The contrast should make obvious that until the slow-to-expand belief in women’s competency is acknowledged and promoted everywhere, the status of American men and women will remain unequal. For example, in spite of boys’ and girls' equal performance in science classes and the increasingly evident uprising of eminent females in various science fields, it was found that parents were three times more likely to engage their sons in intellectual conversation about each exhibit at a large-scale science center than their girls (King, 2007)! Parents substantially placing less importance and esteem on their girls has shown its greatest fracture on young gifted girls – a composition equaling that of gifted males by elementary school - whom originally score higher on IQ tests than boys, even. Somehow, these remarkable talents are inconceivably likelier to be downed by society’s too familiar disapproval, each girl a grandiose illustration of society’s great intimidation and uneasiness for females who outwardly demonstrate their grander intelligence without timidity toward their male counterparts (Gurian, Ph.D., 1998). 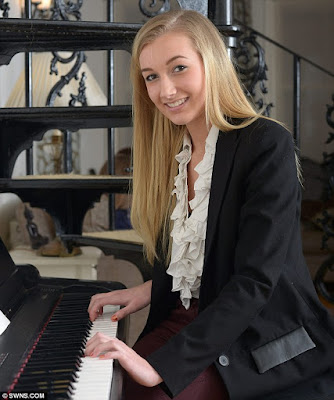 Ultimately, one ironic, baffling question shiningly illuminates the senior principle of America's sexism: WHY hasn't society unlearned its sexist pretexts, unlearned its perpetuated myth that women are "intellectually inferior"!? This abusive degradation of women has been damagingly pronounced upon society for millenniums, and deserves nothing but immediate abolishment. If each American just dared to embrace an ACCURATE perspective on our sexist America, the moral ultimatum to restructure ourselves would undoubtedly arise. We as Americans must evolve into a nuclear unit of demanding crusaders for COMPLETE gender equality! Sheer proof of every parent’s performance would then easily be shown in whether there is adequate concern that both their boys and girls grow into men and women who had all the same chances. As such, in being the most remarkable proposed course of action in regards to combating the issue of society's widespread sexism even today, thus every boy and girl would turn into men and women whose independent pursuits — life goals based on their freely chosen interests and exploration without stigma — were sought without the taint of sexist, unfair societal inclinations. Indeed, this idealized version of society is surely the quintessential picture we must all work very speedily to make a reality NOW.