Florida vs. Casey Anthony: The Miscarriage of Justice that was the Unconscionable Acquittal

﻿
Introduction: Casey Anthony was originally arrested for her daughter's death on--to be very specifically noted--October 13, 2008. The victim's remains hadn't even been discovered. Why is this such an important distinction in the case against Casey Anthony? Well, the case's original first-degree murder indictment, which was secured by strong, reliable scientific data even despite the lack of a body, is a marvelous reminder of what is and isn't needed to convict someone of murder in the United States, hence:  a) A concrete cause of death is NOT required for prosecution so long as a homicidal manner of death is definitively determined; b) A body is not required for prosecution if extenuating evidence concretely proves a murder took place; c) A motive is absolutely NEVER required for prosecution in ANY criminal case, and hence shouldn't ever be expected in order to prove guilt beyond reasonable doubt; d) in Florida, if you were in the commission of a felony and someone dies, either intentionally or unintentionally, that is by statute first-degree murder. (FL Statute: 782.04 Murder.) Regardless, by the time I'm finished informing you of the facts, you'll have no doubt that this was no 'accident'.

Nonetheless, we still cannot forgo mentioning, however, a long history of embarrassing cases within our justice system where, all together, a phenomenal sociological denial that a woman could kill her own child erroneously influenced juries. This precisely has led to much dysfunction within our system: countless biased juries with a deluded, entirely unrealistic demand to see a high-quality videotape actually showing the mother murdering her child have been sworn in (the kind of jury, specifically, that is weakly just blinded by ludicrous and irrational, simply UNFULFILLABLE expectations for "better/more" evidence, unobjective by their irrational refusal to accept clear-as-day motives for murder etc.). This societal phenomena - this insatiable yearning birthed from lack of education, and grown into ultimately unresolved denial - has been the cause of many a biased jury's absolutely unsupportable leniency (if not total refusal to render a 'Guilty' verdict for that matter) toward that especially cold-blooded kind of defendant who heartlessly kills her own offspring, no matter what's obvious to common sense's eyes. So, as your mind absorbs the crucial, ever-disturbing details of this particular case, no doubt you will easily begin to very assuredly conclude that the jury in Florida v. Casey Anthony was clearly bedeviled by this precise phenomena of ultra denial for the true, albeit disturbing, fact that a mother can indeed harm her child.

Anyhow, with such pretexts in mention, let us explore the evidence that DID, regardless of the bamboozling jury verdict (to say the least!), prove the most important fact of all beyond a SHADOW OF A DOUBT: Casey Anthony alone, none other, had the means, mode, opportunity, and motive to murder Caylee Anthony, her innocent two-year-old daughter, on the night of June 16, 2008:


7.           Casey Anthony's VERY Guilty Behavior: why didn't she ever report her kid missing!? For thirty-one days the woman lied to her parents about where Caylee was. A normal parent reports their child missing but she meanwhile was photographed all over Orlando partying it up. Casey Anthony, she ALONE was the last one seen with Caylee on June 16th, the date of the murder, when the two left the Anthony house that night after Casey got caught stealing from her own grandparents. Why did she tell pathological lie after lie to EVERYONE, including the police, especially since they specifically asked her, 'Was there an accident? Did your child drown in the pool?' These are certainly only the actions of someone with A LOT to hide, not those of an innocent 'victim', and obviously the abundance of compelling evidence in this case only reasserts that. Casey Anthony is the ONLY person in the overall scenario to ever be a suspect or to exhibit any kind of psychopathic, deceptive, concealing behavior, and was the only one in the family that didn't bother to watch Caylee's memorial service. (Yes, Casey was actually afforded that opportunity, but instead chose to be busily chatting up her lead attorney, Jose Baez, instead.)


Conclusion: The case against Casey Anthony is indeed circumstantial - I have absolutely no problem admitting that. And why? Because every single circumstance tied to the murder leads back to one person, and one person alone - Casey Anthony! There is not a glimmer of reasonable doubt existent here; not one other person is of reasonable (hence) suspect, not by a long shot. Some may choose to ignorantly presume that because the jury acquitted her that automatically means it was a weak case (and yet these same people will rave on about the "multitudes" of innocent people in prison - such hypocrisy in their philosophy, no doubt, eh?); but as a matter of fact, it is my unfailing recollection that BEFORE the trial everyone, including criminal attorneys of all walks of life, thought Casey Anthony was absolutely doomed. With everything said, I will bring us full circle and emphasize that the Prosecution's preponderance of compelling evidence all together illuminated one sickening, all-important conclusion: Casey Anthony callously murdered her two-year-old daughter, Caylee Anthony, in cold blood.

...But very sadly, justice died when that jury shamefully allowed themselves to be lackluster in their duty, never even asking ONCE to review any of the evidentiary exhibits! Lazily caught up in the confusion of the Defense's aversion tactics, the jury - as made interpretable based upon their own frankly mortifying statements after the fact - clearly fell to the Defense's spell of lies and created "reasonable doubt" from extraneous details. In fact, within forty-five minutes ten of the jurors were happy to acquit, accordingly, and thereafter spent the next ten hours pressuring the other two, who happened to have been the only ones on that jury with college education. As more proof of how disingenuous the verdict was, Juror #3 even inadvertently confirmed that they disregarded the judge's instruction to take circumstantial evidence just as seriously as 'direct' evidence when she said as her excuse to acquit, "...The prosecution presented a strong circumstantial case, but ultimately it was circumstantial." Another juror had a cruise to get to, one said 'I could never judge another person', and the foreman himself came back days later saying how disgusted he was with the verdict which he helped render.

On a curious side-note, one conundrum that many people just can't seem to get past is, "But twelve people acquitted her! In their ignorance such people are unaware of thousands of cases where a defendant was convicted, the case was re-tried, and twelve people ACQUITTED this time. There are in addition myriads  of cases where the first time, the jury was hung 11-1 to acquit, the second time 11-1 to convict, and then finally justice wins the third time (and of course the point is no less sound even when be it that the legal sequence follows in vice-versa form instead). And plus, turning back to simple common sense, there will always be such a thing as a bad jury from time to time, particularly in cases where they chose to convict and the accused was later exonerated.

Indeed, the individual jurors who have spoken out lead informed individuals about the case (such as myself, and now yourselves as well) to single-handed valid conclusion: It was the Prosecution's all-crucial lack of a high-quality video recording of the crime's every moment--an outstandingly UNreasonable (and unfulfillable, as most murderers don't video-tape themselves doing it, obviously) 'need' to see themselves the mother killing her child in order to truly believe in her guilt; it was this unforeseen stagnant catalyst that led to the inconceivably unjust acquittal rendered. Yes, such error of ways freed a cold-blooded murderer and stole justice from innocent baby Caylee, a poor girl who never lived to enjoy her third birthday party. Incredible isn't it? How all in all, poor baby Caylee's life was less valuable than her selfish mother's desired to live 'the good life', that which never could have included her child. 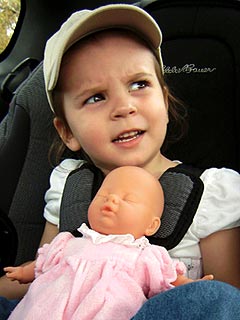